Found on the island of Floreana, this Galapagos Giant Tortoise is not a native to the island. It was once believed that all of the tortoises native to Floreana had become extinct, eaten by whalers passing through during the 1800’s. However, more recently researchers believe that they have found Floreana Tortoises living at the northern end of neighboring Isabela. Through DNA testing and examination of older bones from this area, they now think that they have found the direct descendants of tortoises once living on Floreana. This island also has arguably the most interesting human history in Galapagos. It was the first island to establish a sustainable human population, and while not the first people to land there, the Wittmers of Germany were the first family to establish a home on the island which they remained at for the rest of their lives. They were also the first family to give birth to a child on the island. The island is perhaps most famous however for the series of disappearances that occurred there in the 1930’s, including that of a woman who claimed to be an Austrian baroness. 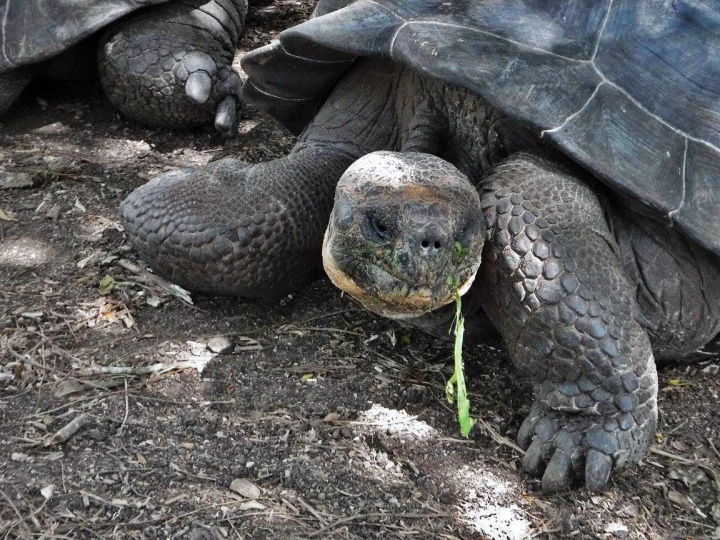 One thought on “Galapagos Giant Tortoise”

I am an undergraduate student currently enrolled in the Environmental Studies program at Boston College. When not at school I live with my family in Maine. I hope that following graduation I will be able to go into conservation work. View all posts by ninakoberg