First published by the Duke Nicholas School of the Environment.

I have recently taken it upon myself to sign up for a library card in my local town, frequent used book stores, and peruse the discount shelves of new-title book seller establishments: I have decided that I need to return to my roots as a prolific reader. Somewhere in college I became caught up in the things I had to read for coursework, and lost the initiative to seek out my own literary choices.

As part of my new efforts, I have delved into reading what I like to call, “Nature Writing.”

I have read the classics of course; Aldo Leopold’s A Sand County Almanac, Rachel Carson’s A Silent Spring. I’ve raced through countless birding narratives, chronicling busy “Big Years” and lifetimes worth of travel to see as many species as possible. But I wanted now to learn what contemporary writers focused on (aka, post-2000), and, equally important, who was publishing them. At the very least, I hoped absorbing their words would inspire me to dig more deeply into my own nature writing, to improve my craft. 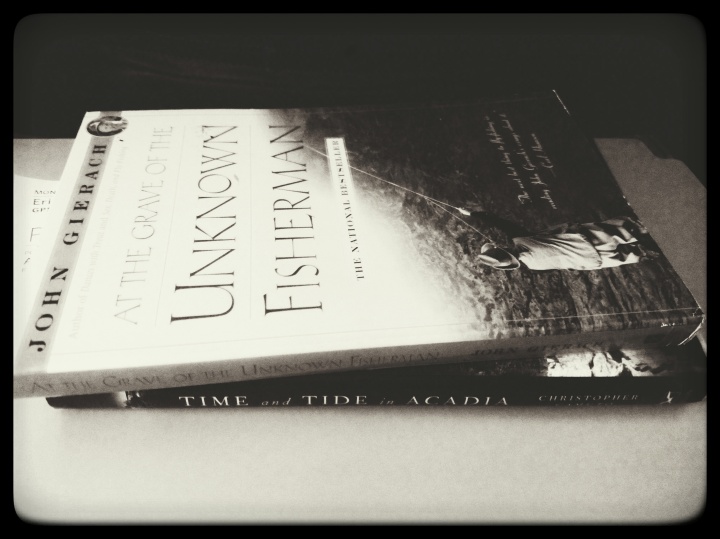 I started with an author I have known since I was born. Dave Van Wie, a family friend, and his friends published The Confluence, a fun-loving account of fishing and friendship in the Dartmouth Grant. Reflecting on their fishing ethos, they write: “[W]e are proponents of the catch-and-release ethic, doing our best to return the fish unharmed to the river, to watch them dart off and hide in the waters from whence they came. We like to think of our excursions as ‘visiting the fish’ and that we are simply seeking to have a brief interlude with them before we go back to our business and they to theirs. Sort of like visiting a piscine Oracle or the Dalai Lama with fins.”

Next, I branched off to an author I had never heard of: Christopher Camuto. I bought one of his works – Time and Tide in Acadia – at a bookstore in the small town of Greenville, bordering the massive but remote Moosehead Lake. He spends 187 pages describing Mount Desert Island. Just Mount Desert Island.

Think that would be boring? Think again! His words are so vivid, his images so clear, that I felt like I was there hiking, kayaking, and boating along with him. He writes, as just one example, “At high tide, a marsh may be the quietest place on earth, tense with its own fullness, which, like the turn of the tide elsewhere, occurs during some unnoticeable moment.” Pure poetry!

My latest foray is At the Grave of the Unknown Fisherman, a bestselling narrative by famous angler John Gierach. He blends his accounts of fly-fishing with humor, and in the first few pages I was already smiling as I read “Before this [winter] was over, the season had begun to seem like a preview of mortality, and I got the shack nasties so bad I just barely avoided ice fishing.”

Of course, given that my brain often jumps to thinking of practical purposes, I have to ask myself: “So what?” So I and other readers spend a few hours of enjoyment, what do those pretty turns-of-phrase actually do?

The question is an easy one to ask, but also a simple one to answer. Throughout the last few millennia, literature has had the power to change lives, public perceptions, and minds. We may have moved into the age of new media, but good stories are just as important as they always were.

In an article for the New Statesman, Robert Macfarlane writes: “Literature has the ability to change us for good, in both senses of the phrase. Powerful writing can revise our ethical relations with the natural world, shaping our place consciousness and our place conscience. Roger Deakin’s Waterlog (1999) prompted the revival of lido culture in Britain and the founding of the “wild swimming” movement. Richard Mabey’s Nature Cure (2005) is recommended by mental health professionals. Chris Packham fell in love with wild cats and golden eagles because he read Lea MacNally’s Highland Deer Forest (1970), as a child growing up in suburban Southampton.” 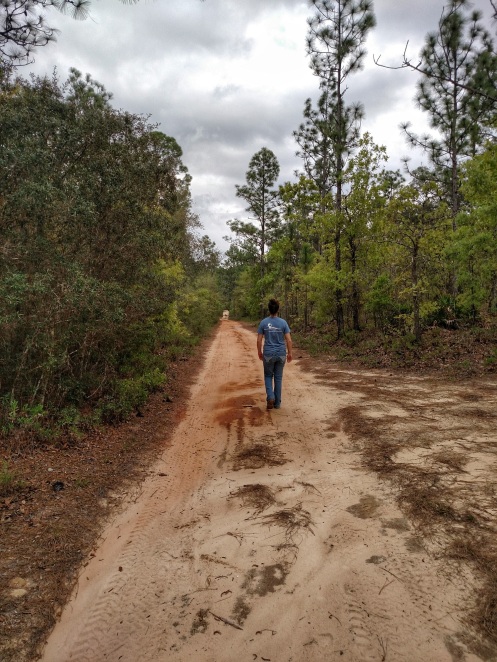 Perhaps most famously, John Muir, one of the founders of the early 20th century conservation movement, wrote beautiful essays on the Sierra Nevadas that were eventually read by Teddy Roosevelt. We all know what happened next: “Roosevelt went on to place the Yosemite Valley under federal protection and to sign into existence during his presidency five national parks, 55 national bird sanctuaries and 150 national forests.”

Moreover, many of these writers are advocates. As Macfarlane continues, “Every contemporary writer about nature of my acquaintance is not ‘only’ a writer but is also involved in political agitation, campaigns and volunteer work on behalf of the living world.”

Through these works I am thus re-inspired, and continue my own writing. Next time you are choosing a book from the library, bookstore, friend’s house, or Kindle catalogue, pick up a work of natural history or ecological narrative. While you’re at it, sharpen a pencil, uncap a pen, or dust off that keyboard and write a few lines yourself. Who knows what might inspire you!

2 thoughts on “The Importance of Nature Writing”