I was so lucky that my spontaneous trip to Death Valley during February 2016 coincided with an incredible phenomenon called a “super bloom.” Because Death Valley is one of the hottest and driest places in the world, very little plant and animal life are able to survive. Due to unprecedented rainfall in October 2015, protective coatings of dormant seeds were washed away, which allowed huge numbers of wildflowers to sprout. This photograph features the most common Death Valley wildflower, the Desert Gold. Other common types included the Notch-leaf Phacelia, Golden Evening Primrose, and the Gravel Ghost. Walking through this vast meadow in the middle of a harsh desert was truly incredible and probably the most beautiful thing I have ever seen. 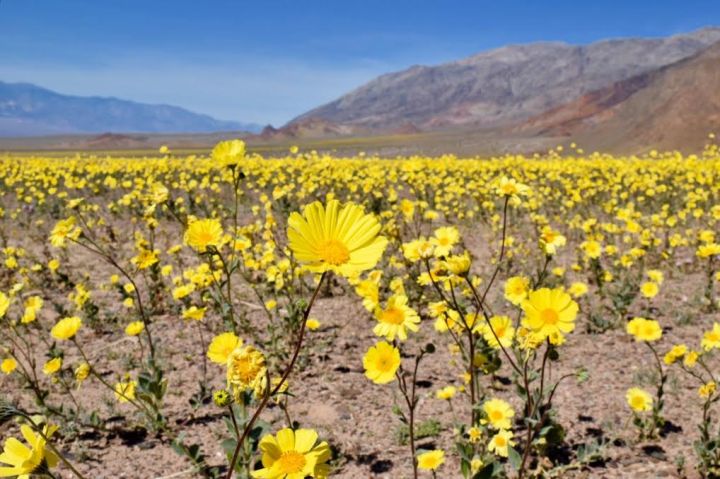 Erica Kahn is currently a graduate student at Brown University. She studies Biomedical Engineering and hopes to find a job at a biotech company in Boston after graduating with her masters in May 2016. Erica grew up in southern Maine and has always loved the great outdoors. She loves to combine her interests in photography, travel, and nature to attempt to take photographs that capture the beauty she sees in the world. View all posts by Erica Kahn