Many birders anticipate January 1st with a special kind of fervor. Sure, it’s the new year, a day off from work, time to make some resolutions, blah blah blah. But for the segment of birders known as “listers,” New Year’s Day represents the inaugural step in a year long journey to see as many birds as possible.

For those not “in the know,” birders are those nature fanatics who are fascinated by all things feathered. They will wake up at dawn, stand all day behind a spotting scope, sweat in the sun, and freeze in the snow in the hopes to see a rare or uncommon or just as-yet-unseen avian species. “Listers” take it a step further, and carefully document which species they have seen in their lifetime, in the current calendar year, in their state, their county, and on and on and on depending on the level of dedication. I even know someone who records birds they see every day (okay, it’s me). 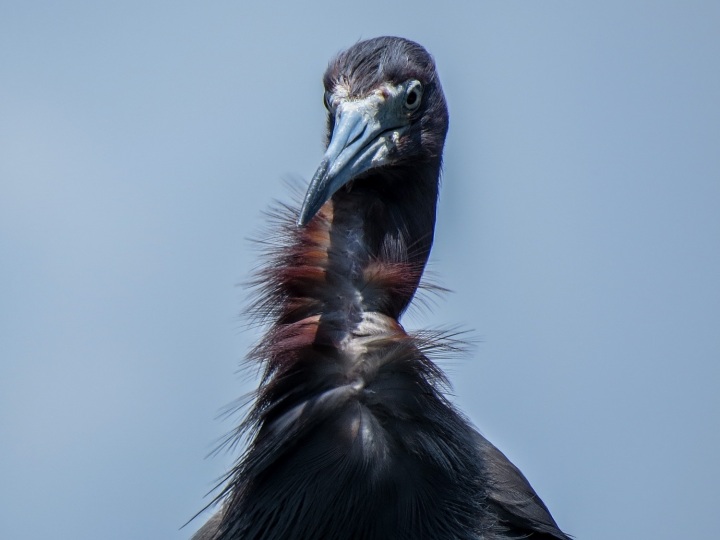 Because January 1st is a new day, that means every bird seen is technically “new” for the year and eligible to list. My first of 2016 was a Northern Mockingbird (super common, and thus kind of lame). As my day in the Florida Panhandle continued on, I tacked on some other frequently seen species, including a Northern Flicker while boating along the East River, and Brown Pelicans, Sanderlings, Laughing Gulls, and Red-breasted Mergansers an Navarre Beach. One day down, thirteen birds recorded! In 2015 I saw 282 species, a mark I want to beat next year.

The beginning of 2016 of course means the end of 2015, and no article about a Big Year is complete without mentioning Noah Strycker, the ultimate birding role model. Over 365 days, he traveled around the world and wracked up 6,042 species. This is extra impressive considering there are only around 10,000 bird species recognized around the globe! Not only that, he blogged each and every day about his adventures. Definitely worth the read.

I love the first of the year. I can reflect on the fun birding experiences I’ve had, and the many more hopefully to come. And the 13 bird species I could list on January 1st? That’s just gravy.